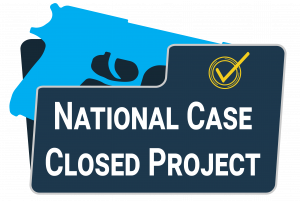 Funded by the U.S. Department of Justice’s Bureau of Justice Assistance, the National Case Closed Project is a new nationwide program designed to support law enforcement agencies in improving their violent crime clearance rates, with an emphasis on fatal and nonfatal shooting cases. The project team will partner with local law enforcement agencies to identify effective and sustainable practices related to agency operations, agency resources, investigator capabilities, and community relations. Technical assistance will be provided to partner agencies, and educational materials will be developed that law enforcement agencies across the nation can use to improve their violent crime clearance rates.

The project will partner with selected law enforcement agencies to increase clearance rates by identifying and implementing effective and sustainable practices related to agency operations, agency resources, investigator capabilities, and community relations. This free (federally funded) assistance will be provided by practitioners and researchers who are national leaders in criminal investigation, evidence collection and crime scene processing, prosecution, victim advocacy, and forensic science.

Agencies selected to participate will receive:

The first round of applications for participation in the National Case Closed Project is now closed. Agencies interested in future participation are encouraged to apply during the next round of applications in spring 2023 and to subscribe to receive updates and resources from the National Case Closed Project below. For additional information, please email us at caseclosed@rti.org.

BJA and RTI hosted a webinar to provide additional information on this project, with dedicated time to address any questions or concerns individuals have with responding to the application. The webinar was held on Thursday, June 16th from 1:00 pm – 1:45 pm.

Click here to view the slides used during the webinar.

Expert Bios
Click on the dots below to scroll through experts. 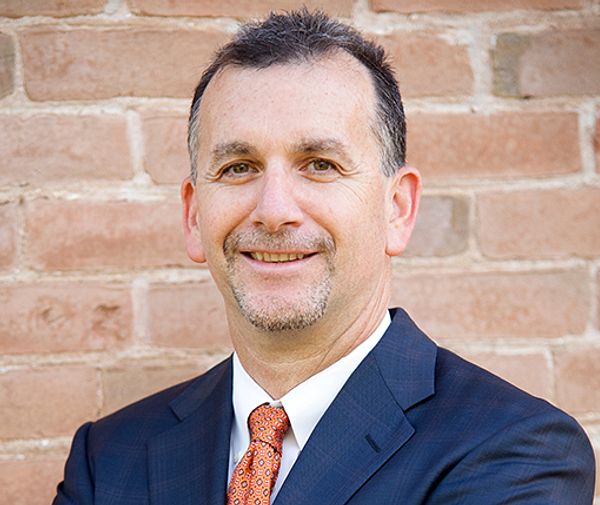 James Markey brings firsthand experience in law enforcement to our Investigative Science Program. As the law enforcement specialist on the Sexual Assault Kit Initiative, he provides training and technical assistance to agencies seeking to reduce the number of unsubmitted sexual assault kits and improving their overall response to sexual violence in their community. He is an expert in designing and performing police investigative unit assessments, helping agencies review their policies and practices and improve investigations. 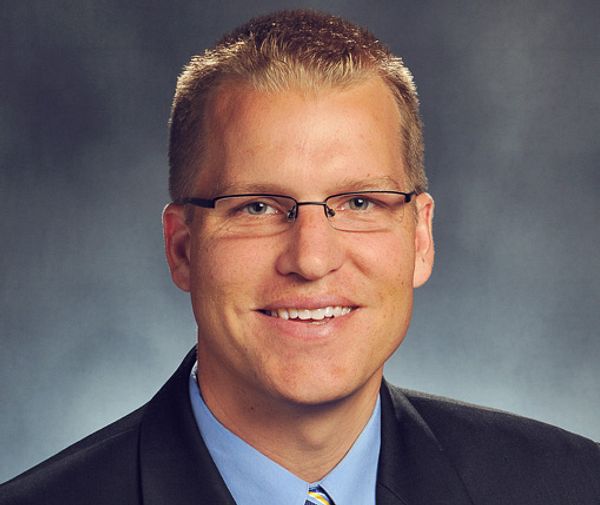 Kevin J. Strom, PhD, is a center director at RTI International, where he leads the Center for Policing Research and Investigative Science, which conducts research, technical assistance, and training across a range of topics related to policing, investigations, and forensic science. His portfolio includes projects focused on the United States as well as internationally. Dr. Strom has led projects for the U.S. Department of Justice, including studies to increase efficiencies for processing forensic evidence as well as research developing more strategic and tactical applications for 911 calls-for-service data. He currently leads the national Sexual Assault Kit Initiative Training and Technical Assistance project, which is supporting state and local jurisdictions from across the country in testing, investigating, and prosecuting cases associated with previously unsubmitted sexual assault kits. He also leads the National Crime Statistics Exchange project, an effort aimed at generating nationally representative, incident-based data on crimes reported to U.S. law enforcement agencies. 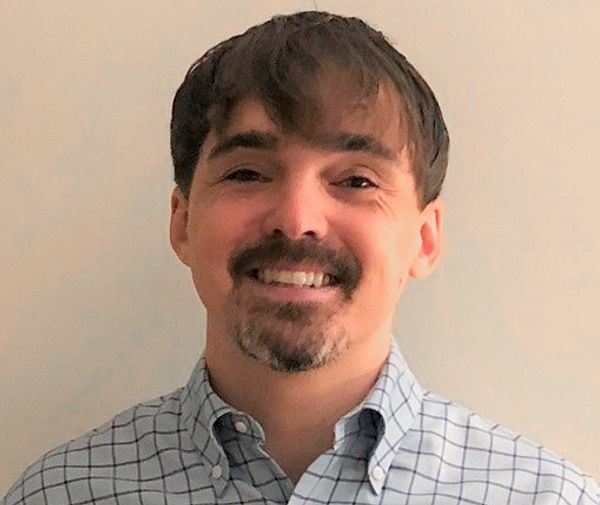 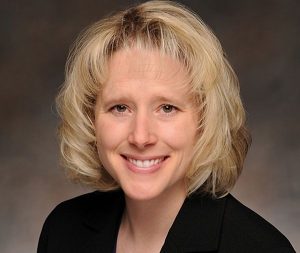 Dr. Patricia Melton is nationally recognized for her work in sexual assault response reform and forensic DNA analysis. As a senior research forensic scientist at RTI International, she develops and implements training, technical assistance, and educational strategies that promote the derivation of polices focusing on sexual assault evidence to solve violent crimes. Dr. Melton is the co-director of the Bureau of Justice Assistance’s National Sexual Assault Kit Initiative (SAKI) Training and Technical Assistance (TTA) project. In this capacity, she coordinates and directs the activities and deliverables that provide the requested TTA to the grantees currently awarded under the SAKI project. Dr. Melton has more than a decade of experience in forensic DNA analysis and has testified as an expert witness. Her knowledge and experience as a DNA forensic practitioner are integral to supporting other projects at RTI, including the NIJ-funded Forensic Technology Center of Excellence. A focal point of her work has been to use research, training, and education to facilitate the adoption of recommendations and best practices that recognize the value of forensic evidence examined with current forensic DNA technology as part of sexual assault case reform and obtaining justice for violent crimes.

Dr. Charles Wellford is a highly decorated expert in policing and criminal justice reform who has researched how to improve homicide clearance rates for over 30 years. Through this research, he has participated in nearly 20 assessments of the operation of violent crime investigative units.

John Skaggs retired in July 2017 after serving more than 30 years with the Los Angeles Police Department (LAPD).   After completing his training in patrol, he attained an assignment at South Bureau CRASH, the gang enforcement unit that covered the South Central and Watts neighborhoods.  His primary duty during this five-year assignment was to provide gang intelligence and target gang members wanted for murder by homicide detectives.

In 1994 John was recruited by the South Bureau Homicide detail where his assignment was murder investigations in South Central and Watts.  In 2010 John was tasked with supervising the development and building of a homicide squad for LAPD’s newly added Olympic Division Station.  As the Officer-in-Charge of Olympic Homicide, his squad maintained over a 100% clearance rate.

During the 24 years he was assigned to homicide investigations he was the lead detective on more than 165 murders and directly supervised more than 200.

In 2014, John was recruited by the United States Department of Justice to provide homicide best practices training and homicide assessments to police agencies across the country.  He has provided training and/or assessments to over 50 police agencies, which were mostly deemed to have high murder rates and low clearance rates.  John continues to provide this training in his retirement.

John is a second-generation homicide detective and is featured in the award winning, non-fiction book, Ghettoside by Jill Leovy.

Lt. Jordan Satinsky is a 20-year veteran of the Montgomery County Police Department and is a former homicide detective and supervisor of the Sexual Assault Unit. He has conducted numerous investigations of fatal and nonfatal shootings.

Police Chief David Roddy has 26 years of service with the Chattanooga Police Department. David is a native Chattanoogan and after graduating from Tyner High School he went on to obtain his Bachelor’s of Science at Middle Tennessee State University. Chief Roddy then returned to his hometown to begin his career as a police officer. During his time at the Chattanooga Police Department, he has served as Acting Chief, Chief of Staff, Captain– Internal Affairs Division Commander, Captain– Uniformed Services Patrol Sector 3 and Captain/Lieutenant– Special Operations Division Commander/SWAT Commander. He has served in patrol, narcotics and gang investigations as well as serving more than 14 years on the department’s SWAT Team. These experiences as a leader have helped to provide a broad base of departmental expertise. 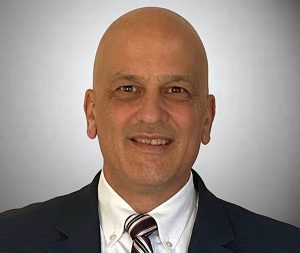 John Grassel is a Forensic Science Program Manager at RTI. In this role, he leads cutting-edge, technology-driven efforts to support basic and applied research serving the criminal justice and forensic science communities. Mr. Grassel serves as the Co-Principal Investigator for the National Institute of Justice’s Forensic Technology Center of Excellence (FTCoE), which supports the forensic science and criminal justice communities with transitioning research into practice. He is also the Principal Investigator for the National Institute of Standards and Technology’s Implementation of the Organization of Scientific Area Committees (OSAC) Standards for Scene Investigation project.

Before joining RTI, Mr. Grassel served as the officer in charge of the Rhode Island State Police Forensic Services Unit. In this role, he supervised all crime scene functions, pattern evidence examinations, bloodstain pattern analysis, shooting reconstruction, and video analysis. Additionally, Mr. Grassel served for 28 years on active duty and in the reserves of the U.S. Marine Corps, where he retired at the rank of Lieutenant Colonel.

Dr. William Wells is a Professor at Sam Houston State University who has decades of experience conducting criminal justice research on violent crime investigations, including the use and effects of the National Integrated Ballistic Information Network, improving forensic evidence analysis, and understanding eyewitness procedures.

Amy Durall founded Integrity Institute LLC to advance prioritized focus on the rights, responses, and resources for individuals impacted by crime and crisis circumstances. This is best realized when professionals are fully prepared to embrace their roles and responsibilities. Amy has contributed to research initiatives aimed at enhancing services for and engagement of victims of crime (homicide, violent crime, intimate partner crime, property crime, and misdemeanor crime). Amy has also served as a key member of assessment teams for law enforcement agencies looking at response to violent crime and services, gaps, and engagement of victims of crime with the criminal justice system.

Lindsay Goodison is an independent consultant with more than 15 years of experience providing technical assistance and policy guidance to law enforcement agencies. This work has focused on assessing programs and organizations to identify areas for improvement and develop research-based strategies for strengthening performance. Prior to founding her own consulting firm, Lindsay spent 8 years at the Police Executive Research Forum where she led assessments of police agency policies and practices regarding issues such as homicide investigations, use of force, hiring and training, internal affairs, state certification, and community engagement. Lindsay earned her Juris Doctor from the George Washington University Law School and a Master of Science degree in Criminology from the University of Pennsylvania.

For questions, e-mail the project team at RTI at caseclosed@rti.org.