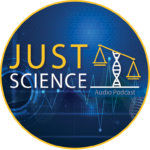 RTI International’s Center for Forensic Sciences presents Just Science, a podcast for forensic science professionals and anyone with an interest in learning more about how real crime laboratories are working to do their job better, produce more accurate results, become more efficient, and solve more crimes. This podcast deals with a range of issues, including leadership in the crime lab, new technologies, sexual assault response, and broader challenges for science and public security. We cover every type of forensic discipline, including DNA, fingerprints, trace evidence, toxicology, controlled substances, crime scene investigation, and much more! 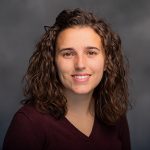 Lauren Mangum is a Multimedia Communication Specialist at RTI International. Lauren believes that through her work with the Center for Forensic Science Office she can better disseminate information to the forensic community.  She is the producer of the Just Science Podcast, which is designed to highlight key leaders in forensic science research, practice and innovation. Before working at RTI International Lauren was an Event Technology Specialist at SAS for two years where she coordinated and ran AV for conferences and meetings. Lauren holds a Bachelor’s degree in Media Communication from North Carolina State University.

Improving the System   You can also find us on Spotify, GooglePlay, Stitcher, or iTunes